Who would have ever thought that such an innocuous little feature on Twitter could have turned into such a ground-breaking concept for SEO and viral marketing?  Certainly not myself.  I’ve had a Twitter account since I heard Barack Obama had one back in 2009.  I also heard on that same day that he was making tourney picks for the NCAA Championship.  This inspired me so I jumped on my computer and started tweeting about how cool I thought it was that THE PRESIDENT had a Twitter account and that HE ALSO PICKED HOOPS.  So obviously, being a very astute and like-minded constituent, I hoped he would see my Tweets.

No such luck.  I got frustrated and bored and ignored Twitter for a while.  THEN a little bird (how ironic) told me about the re-tweet feature.  So I decided to research the phenomena.  According to Dan Zarella, viral marketing scientist, and author of “The Science of ReTweets”- there are “four factors that make certain Tweets more viral than others.”  I’ll break it down for you along with my analytical drivel.  I’ll try to make this concise.

1) Followers do matter.  Zarrella states that although more followers might mean the likelihood of possible ReTweets increases, the correlation is weak and other factors may play a larger role.  He breaks it down using a mathematical formula:

Once looking at those numbers, Zarrella states that based on the trends he sees, he finds the content is actually more important.  The quality of the Tweet is much more important than the number of followers a user has.  This makes sense to me.  Quality matters.  Obvious.

2)Semantics and your Tweets: Zarrella suggests that while analyzing the semantic content of Tweets, several trends become obvious such as key language that gets the most ReTweets.

For further information on key words that are ReTweeted the most, please see Dan Zarrella’s article.  He also notes that polite calls to action (where the word “please” is used) have higher rates of being ReTweeted.

3) Timing is everything- Tweets posted during business hours – Eastern Time– are more likely to be ReTweeted.  The best time to Tweet would be hypothetically at the beginning of the work day.  According to Zarrella’s research, there is a marked increase in ReTweets during business hours and from then on throughout the day and into the night.  He suggests Tweeting at the beginning of the day to capture the most ReTweetability.  I agree with this.  Research that I have done on social media shows that the best time for new blog articles to be posted is also during EST business hours.  One could hypothesize this is because more people are surfing the web at work…. I believe this could be one of the factors as to why these hours are the best times to see ReTweets.

4)”ReTweet Cascading” is the theory that people will ReTweet content that they have already seen posted as a ReTweet.  I can say without any doubts, this is true.  At least for myself it is.  I cannot imagine my thinking is too far off from everyone else using Twitter- I am more likely to ReTweet something that I see my friends ReTweet.  For the same reason that people form friendships outside of Cyberland, they also form virtual friendships with like-minded people.  Chances are, if I like something enough to ReTweet it for my followers to see, it’s something I think they would like.  Ipso ergo, they are probably going to ReTweet it as well, thus causing a chain-reaction, a virtual snowball effect.  Zarrella also shows through his reasearch that the  more times content is ReTweeted, “the more likely it is to be further spread.”

Hopefully this information can lend some perspective when you are considering what your next Tweets will be.  For more information on Dan Zarrella’s research, you can see the link referenced above, and you should also take a look at another article he authored on some key words and phrases that will get you the  most ReTweets.

I would say among all great things having to do with the Social Media Revolution, is the ability to track your viewers. Whether you are using an e-mail program, a newsletter design program, or are just moderating your blog, you can track visitors down to their e-mail address and street address. Creepy, right?

No. Not if you’re using it the right way. The reason why trackability is so important is so you can strike while the iron is hot. The moment someone opens your e-mail, you can follow up with a phone call. I’d advise against calling and saying “hey I just saw you opened your e-mail” because frankly, that sounds a bit stalkerish.  A better way to phrase your follow-up call is to wait an hour or so, then call and say something to the effect of “Hi! This is XYZ from ABC company.  I am just calling to see if I can answer any questions for you regarding (insert product or service here).”  This way, you’re reaching out to them while the content you’ve delivered is still fresh in their mind.

Another way tracking is beneficial is so you can populate content that is useful to people in different geographic regions.  What I like to read about here in Rochester, NY, may not be useful to someone- for example- in Niagara Falls, NY or Buffalo, NY.  Sometimes, when tracking your visitors/audience, you can even see their company name if they’re viewing your information from work.  Again, this gives great insight into what KIND of content you want to populate.  What a Marketing person would want to read, is usually a bit different from what a Lawyer or Doctor would want to read.

Thankfully, most e-mail newsletter programs give you the handy tool of being able to use merge tags and edit source code to make different pieces of content viewable to different groups of people on your e-mail list.  This way, you’re not creating fifteen different newsletters each month.

I am sure you know (as any business owner does) that there’s nothing more disheartening to follow up with “dead” leads that have gone cold since your initial contact.

The idea behind tracking your audience, is to give you the unique ability to foster your business relationships- to remain in contact with them for pertinent business reasons at all times.  It gives you insight into their thoughts so you can create relevant content that matters to them.  This sets you apart in the industry as a business with a social conscience who truly cares about bettering their clients, and industry as a whole.  Even if the prospect isn’t ready to purchase NOW, when they are ready, you will be the first person they call.

So… what’s your take on trackability?  How have you been successful by tracking your leads?  What tools have you found to be most helpful? 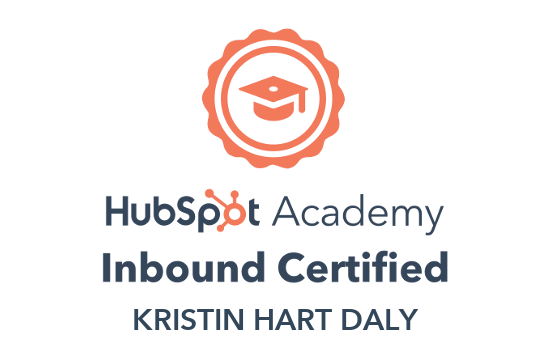